How much protein should I have in my diet?

How much protein should you be eating? Research from the biology of aging can help answer that, with just three facts.

Fact one: Proteins, and to be more specific, the building blocks of proteins known as amino acids, signal for a molecular pathway involving the master regulatory gene MTOR that can accelerate aging1. In lab animals, eating less protein extends lifespan, restricting certain amino acids can extend lifespan, and inhibiting MTOR with a drug known as rapamycin can extend lifespan1,2. A simple conclusion can be made from this, that eating less protein means less activity of MTOR, which means a longer life.

Fact two: One of the major threats to living independently as we age is loss of muscle mass, which progressively occurs with aging and is known as sarcopenia. This ‘muscle wasting’ that occurs as we age is due to several factors and feedback loops, the result of which is that we lose ‘anabolic capacity’ as we age, and simply can’t build muscles from the same amount of protein that we used to3. That’s why higher protein diets can actually be a good thing for the elderly, just to overcome the depleted capacity to build and maintain muscle4. So now we are saying that more protein could be good, though only when old. 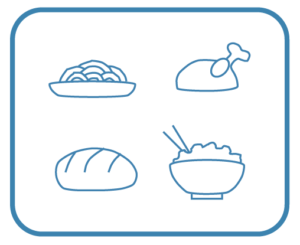 But wait: It’s complicated. Because while restricting certain amino acids can extend lifespan in animals1, we also know that supplementing certain amino acids, such as glycine, can also extend lifespan6. It also plays a huge role on the source of the protein, whether plant or animal based7. And furthermore, we can expect to discover soon thanks to personalized nutrition, how differently we might each respond. Some of us might really be ‘high protein people’ and live long by eating lots of protein-rich plants; others might do better with less. More research is needed.

The conclusion: The general rule of thumb supported from the biology of aging is that it’s better to favor plant over animal protein, and have less rather than more protein until you hit your mid 60s.