The best questionnaires: know if you will live to see your grandkids or Elon Musk go to Mars

The death test, the real age, and a bunch of lifespan predictors later, and where do we get? You want to know if you’ll live to see your grandchildren, if you need to plan a retirement, or if you will ever get to see Elon Musk go to Mars. Hey, I like Mars too. So I’ve trialled some of the more popular question-to-lifespan predictors, which say they can estimate how long someone will live, in the hopes of getting answers. Here are the results for what age they think I’ll manage:

The US government’s Social Security lifespan calculator. Ok, I don’t know exactly how ‘popular’ it is, but it just needs your birth year and gender, and it will estimate to what age you’ll live. It gave me 82. I guess I qualify for everything.

This number reflects my life expectancy if I were the average 31 year old American male, doing average American amounts of exercise, eating, driving, smoking, drinking, etc. The questionnaires below basically start from this number, and try to figure out if I have a higher or lower chance of reaching that age, based on how I live my life. Frankly, these questions aren’t that exciting, but let’s go! Here is a basic rendition to start: 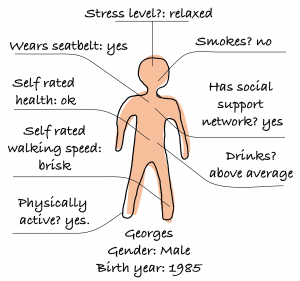 TheLifeSpan Calculator, provided by the insurance company Northwestern Mutual. It has about 13 questions and is intended to help you figure out how to save money for retirement. …I got an estimate at 79, below the Social Security estimate. Looks like I don’t need to plan too much.

True Vitality Test provided by Blue Zones. It has about 40 questions and focuses the most on food amongst all of the other predictors here, and intends to see how much your lifestyle is similar to those of the so called ‘blue zone groups’, societies around the world that seem to live longer than average. The down side of this test is you need to register an active email address to get your results. The up side is it’s free (like all of them here) and they provide loads of advice and recommendations for how to shift your habits towards blue-zone-habits. Scoring an 83 year estimate, looks like I don’t belong to a blue zone.

Life Expectancy Calculator provided by ‘LiveTo100’ (an independent website made by a founder of the New England Centenarian Study). For me I guess it’s just ‘live to 90’. Like True Vitality it also has about 40 questions. It says that most people score in their late 80s, which already means that most visitors are probably healthier than average. It probably then also means that the people who would benefit from this test (i.e. seeing where to change things in their lifestyle), won’t end up being the ones who are actually taking it…

How Long Will I Live has 14 questions and is made by Professors at the University of Pennsylvania. So far, this was the only predictor that provided at least some kind of documentation of how it worked (with some references), which makes me like it the most. Of course, at 94, it also gave me the longest life expectancy, so I might have become biased.

Is it worth taking these tests?

Estimating your age of  death, decades into the future, is a tricky business. Life insurance companies do well with it, but they average out incorrect predictions over a large group of people. To give an expiration date for a single person is simply not possible.

An alternative approach has been to try to estimate the ‘age you currently are’, rather than the ‘age at which you will die’, as has been done by the REALAGE test. Like the Blue Zones and LiveTo100 calculators though, it asks many ‘soft’ questions which are mainly just trying to figure out if you have a healthy lifestyle, and like the others, doesn’t provide much documentation on how it equates your answers to an age or lifespan estimation. Nonetheless, it is fun to try (though requires registration and has an unwieldy number of questions) and I scored ‘27.2’ years old. Flattering, but still not so informative.

Something much more realistic conceptually is to give the chance of dying within 5 years, which is what the popularly termed ‘death test’ has done. It is based on data from about half a million individuals aged 40-70 from the UK (and therefore only applies to this demographic, as the scientists conducting this study have cautiously stated)1. British and aged 40-70 are two things that I am technically not, but I pretended to be 40 and took the test anyways. There are about 13 questions, and based on my answers they thought I must be between 30-39 (so they figured out I lied), and gave me a 1% chance of dying in the next 5 years. Not bad. They had a nice way of representing this, which I adapt here: 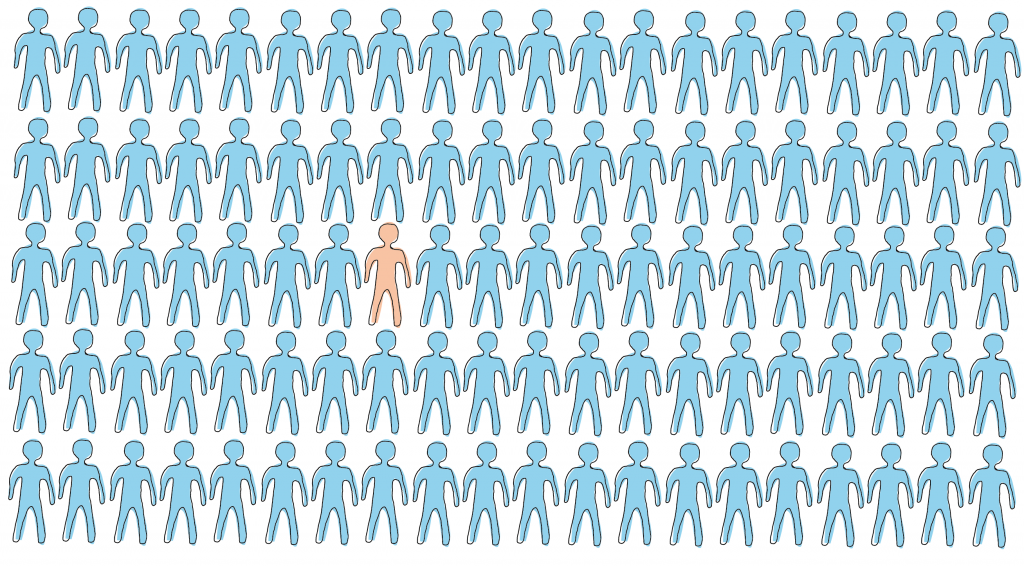 Essentially, out of 100 people ‘my age’ who answered the same way I did, only 1 (orange person) died within 5 years. The picture puts things into perspective, much more so than just giving a rough estimate of me dying somewhere in my 80s or 90s. It means there is always a chance to be gone soon, so take advantage of every day you have! The ‘death test’ also features an interactive explorer which lets you see what things are associated most to age and to dying, so I’m giving it the title of ‘best test’.

But still, to what age can you expect to live?

Great. But all you really want are those grandkids, and Mars. One test, now, and you want to see far in the future. It’s not possible, but the best for you might be the simplest, the US government’s Social Security lifespan calculator. This number is the rough average, so if you think you are healthier than the average American, you’ll probably live beyond that age. And you can probably even bet that you will be healthy then too if we develop medicines that target aging.

What are the main risk factors that these questionnaires were getting at that will affect your lifespan prediction? Read here about 6 of the themes in common from the questionnaires above, the main contributors ensuring a longer than average life. These are obvious, so it would really be silly to miss out.